Lidl cooking shows are highly popular in many countries in the EU and around the globe and are used as a great tool for brand awareness and advertising Lidl’s product portfolio. Years have proven that this form of marketing communication is effective and attractive for customers, which resulted in multiple competing chains trying to replicate it.

In the following presentation we would like to introduce to you a brand new upgraded format of these shows and offer our services in producing it for the US market.

New concept of Cooking with LIDL

The new concept of LIDL Cooking should have the format of a TV show, which is enhanced with dynamic elements and individual production processes that captivate the audience’s senses.

The aim of the new concept is to introduce a new TV program that enriches the viewers experience and aims to put at the forefront both senses – sight and hearing – which today’s media allows to transmit.

The sound of the crispy crust of freshly baked bread, the slow, detailed recording of the bubbling caramel or the playful composition of waffles that are slowly infused with maple syrup.

By changing the original format, we are introducing a new form of LIDL cooking to the public.

In terms of visuals, the main goal is to captivate the viewers‘ sense of vision while still staying true to the cooking format and its main goals.

During the course of shooting each recipe we will choose a number of additional shots whose goal will be to enthrall viewers using advanced filmmaking techniques.

We have prepared a showreel to demonstrate the techniques we want to use to make Cooking with LIDL stand out amongst other cooking shows.

One of our priorities is an innovative way of presenting authentic sounds of cooking. Seemingly inconspicuous sounds that are often overlooked by other cooking shows can have impact on viewers’ senses and help make them feel like they are in the middle of the cooking process themselves.

Our studios offer us wide range of possibilities for producing product photos and other materials during the videoshoot.

With each episode we will also include a series of visuals tailor-made for various communication channels – from social media and online banners to print materials.

One example of this are interactive elements displayed in respective parts of YouTube videos, which link to external websites. In practice, they can link to specific products on LIDL website or be used to create shopping lists.

We are also able to connect these elements with a smart app which we can develop for LIDL in order to support sales, lower waiting times in stores and increase the comfort of customers. 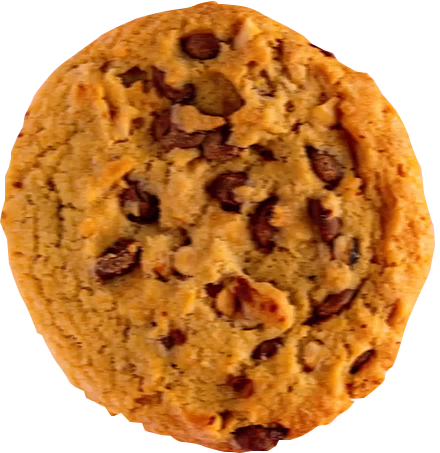 The new format of the LIDL Cooking program is also to be enriched with interesting culinary techniques that can be used in traditional as well as modern cuisine.

We’ll teach these techniques to the spectator, which also emphasizes the educational nature of the program. New techniques are demonstrated at the beginning of the episode or in a short video section and then used in the given recipe.

It is natural for the human body to eat seasonally. That is why we would like to add seasonal tips to the new format of the show.

With this we’ll achieve that the content is always up-to-date and interesting for the audience.

The audience learns which recipes are popular during Easter or Christmas, how to preserve fruit harvested in summer, and so on.

We would like to expand the content structure of LIDL Cooking to include the currently popular subject areas such as zero waste, street food, fit recipes or baby food.

In this way we ensure that the program is interesting for as broad a target group as possible. These are all topics that attract different viewers and guarantee the diversity of the audience.

We can also strengthen our positioning in marketing thanks to the right influencer marketing strategy and the right selection of influencers on individual topics.

The video with the cooking and pastry techniques can be a part of the video version for the television broadcast.

Photopackage according to brief  and an additional social media package with different types of visuals (stop-motion animations, cinemagraphs, carousel recipes and similar).

Photo production takes place during the video production, which reduces the overall costs for the food and support cooks. Key visual picture is also taken on the day of video production. This is how we’ll decrease the total production price.

Our premises include two main studios (infinite black and white screen), which can be customized according to client’s requests. Similar to our kitchen studios, they are directly connected to the control room from which the director/client can easily communicate with people in the studios.

We also possess a photography studio which can produce pictures simultaneously with the videoshoot as well as a fully equipped audio recording studio suitable for recording voiceovers and foley art. These premises were designed to make communication and work as effective as possible during the production.

A vital part of our premises is also a chillout room for staff and employees equipped with TVs, games, books/magazines or various gaming consoles.

Our premises also include a fully equipped and customizable kitchen studio built in a way to maximize efectiveness during the shooting. They also include a professional kitchen connected to the studio kitchen, which can be used for preparing ingredients or finished dishes used during the shooting. There is also a separate kitchen that can be used by staff and employees.

During summer months we also have an outdoor kitchen at our disposal located on a charming farm near our studios. We can use this for example to create authentic atmosphere for grilling or seasonal recipes.

Our staff has remained unchanged since our studio’s establishment. This chemistry ensures stability and great effectiveness of the shooting process, which allows us to produce higher quality and quantity of outputs while keeping the staff costs low.

During the course of shooting episodes of Cooking with Lidl, our studios allow us to simultaneously prepare separate TV or online ads for products used in this episode.